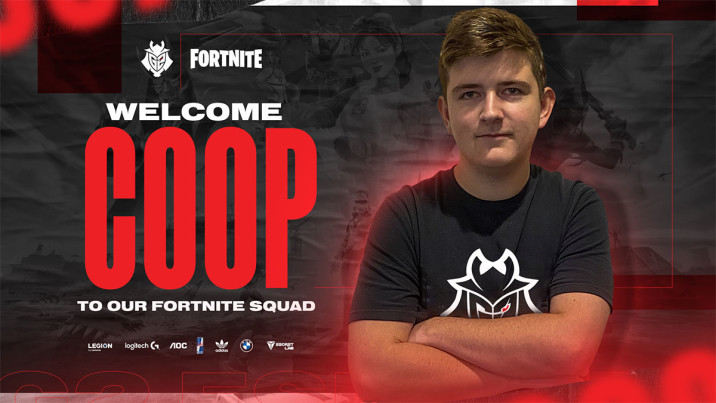 In what can only be interpreted as massive news for the Fortnite Esports scene, G2 esports just wrapped up the signing of one of the best free agents in the NA-East division, Coop. The move should squash public skepticism regarding G2’s ambitions in the world of Fortnite.

Better said, by investing in such a high-profile addition to its roster, there is little doubt about the organization’s willigness to pursue Esports glory in Fortnite on par with the level of competition it is taking on in other games in which it currently commands a strong presence. Those being Rocket League, Rainbow Six: Siege, and League of Legends, among others.

The signing of Coop is not the only such move, mind you, that G2 Esports made in recent times. Popular Fortnite streamer and YouTube video creator from Slovenia, Thaj, would be the one that started this trend a bit earlier, seeing how he was the first high-profile name to join G2 Esports’ Fortnite roster of players.

And seeing how close these two signings were to each other, it is reasonable to assume G2 Esports is not done just yet and more such moves will follow in the coming months, if not weeks. And no matter how they pan out, extra competition should prove to be good for the sport.