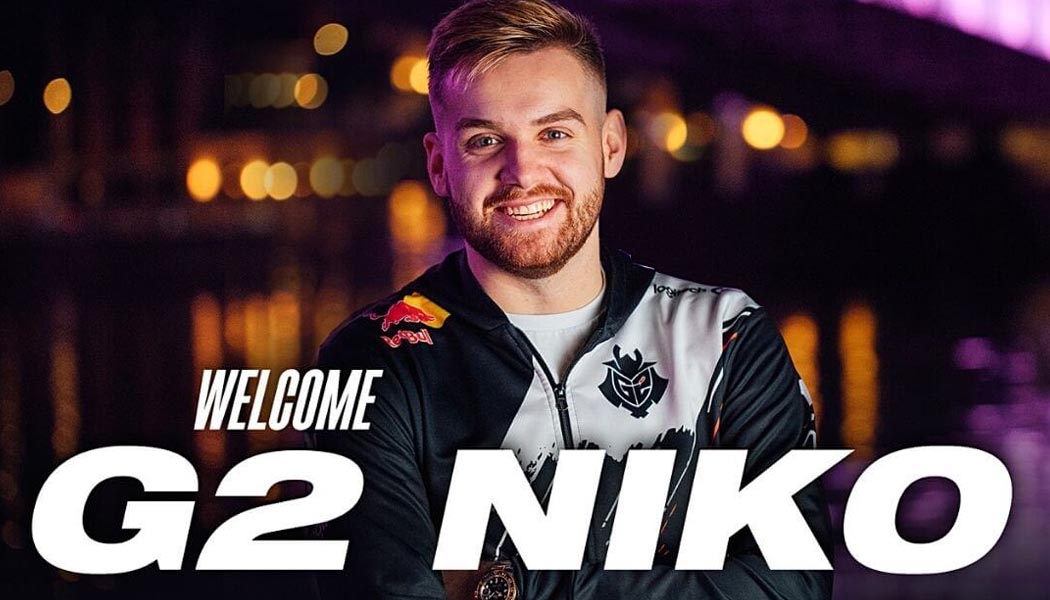 G2 Esports made CS: GO history by completing the signing of Nikola Kovač, better known by his online alias Niko, from FaZe Clan. The MVP of many a tournament who rose to prominence from his small corner of Europe in Bosnia and Herzegovina, confirmed the move himself on Twitter earlier today.

The development comes shortly after G2 owner, Carlos Rodríguez, went on the social network to personally deny the rumors about a potential Niko signing. Yet now that it has materialized, the team is not avoiding the fact that this is, in all likelihood, the biggest CS: GO player transfer ever. Niko already set this record once before, when he came to FaZe Clan back in 2017 in a move valued at $500,000.

In his last match for FaZe, he led the team to a tournament win at Intel Extreme Masters XV which took place in New York. The three-year tenure ended without a a Major trophy, which Niko says is also his biggest regret. As things stand right now, however, he may not even be replacing any particular G2 player.

Instead, the team might be planning for a six-person roster for the upcoming season. Interestingly, G2 already has one Kovač on his roster, Niko’s cousin Nemanja, aka huNter.