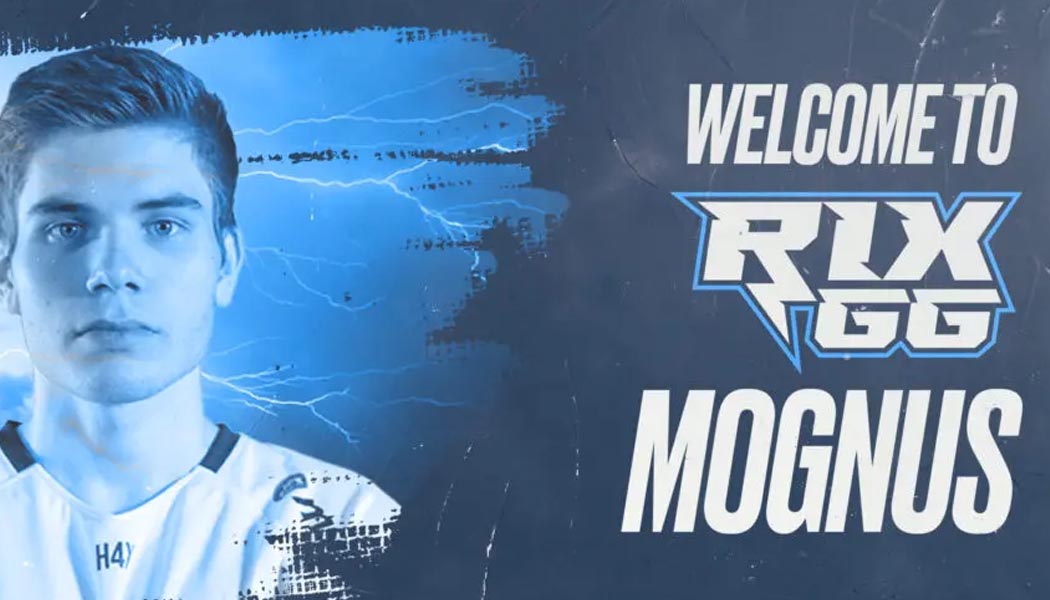 Esports brand Rix.GG just announced a massive statement of intent regarding its Rocket League ambitions by signing one of the most high-profile players you could think of – Joonas Salo, better known by his online gaming alias Mognus.

The signing is a pretty big boost to Rix.GG, itself a pretty young organization that is still finding its feet in the world of Esports and is experimenting with a variety of games, Rocket League being just one of them. Mognus made a name for himself in his home country of Finland and internationally almost simultaneously.

He joins Rix.GG’s Rocket League roster that previously numbered two players: Dan Rees, aka Polar, and Lorenzo Tongiorgi, whom the fandom knows as Dead-Monster. Rix.GG founder, Jamie Lewis, described the signing as a “perfect” fit for not just the team’s Esports ambitions but also its existing roster in how Mognus is able to complement it.

As things stand right now, it appears this budding new team will be looking to pursue a mixed talent acquisition strategy by combining both in-house talent nurtured through coaching and external signings such as the one we are reporting on today.

While you could argue that’s the case with every Rocket League team out there, it’s not often that you are able to sign the exact profile and caliber of players you need to fill your ranks, and that appears to be exactly what Rix.GG managed to do here today, so let’s see how they fare on the competitive scene moving forward.