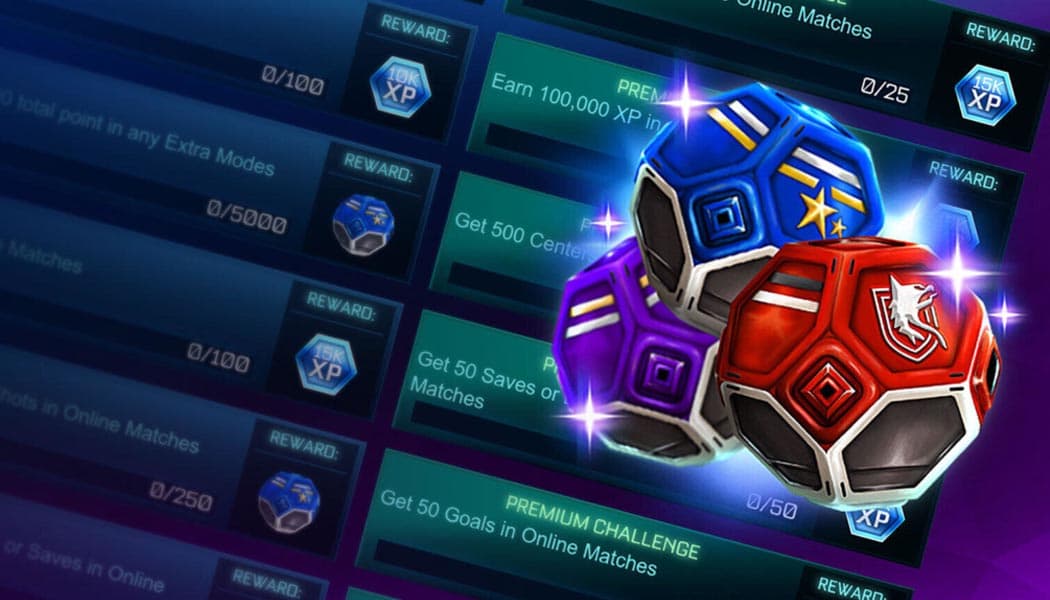 Epic Games’ latest acquisition, studio Psyonix, today detailed the new Rocket League Challenge System redesign that it has been working on in recent months. Some of the new changes are consequential for both the overall health of the game and its Esports scene, while others specifically target one of those things.

The new system, simply called Challenge, will consist of weekly, seasonal, and event-only challenges that will incentivize regular play and gameplay experimentation through a variety of in-game goodies such as items, skins, and so on. There’s a new progress bar to help players keep track of their accomplishments, and this system will be the main way of earning in-game items once Rocket League goes fully free-to-play in the coming weeks, Psyionix had revealed.

Up until now, new cosmetics and other forms of items were primarily earned by leveling up, but that was back when the game was designed as a more traditional piece of entertainment with a single mandatory fee paid upfront instead of a free-to-play experience that focuses on player numbers instead of per-player earnings.

By transitioning to this new model, Rocket League should receive a significant boost to its player base which is bound to keep the game alive and well for much longer, Psyonix believes.