The number of people indulging their gaming habits has been on an unsurprising rise since the Great Lockdown began earlier this year. But just how big of a momentum the gaming industry generated on account of this is what may take you aback.

As Jon Peddie Research reports, the global PC gaming hardware market is set to grow by a whopping $3.6 billion this year. That’s a sequential improvement of nearly 11% – not bad for a market perceived as highly saturated as PC hardware is.

What makes the figure even more impressive is that the analysts interpreting the data claim it already accounts for the overarching economic uncertainty stemming from the novel coronavirus crisis. According to them, the reason why so many people are still pulling the trigger on new PCs even in face of potential job loss is simple enough – it’s a good time to do so. 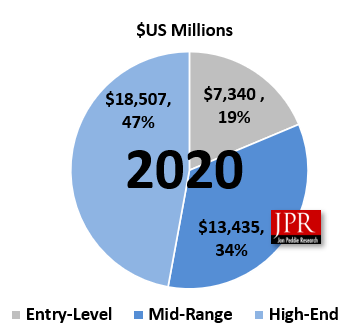 Or, better said, they believe it’s a good time to do so, given how the next generation of consoles will be out later this year. While technical details on the PS5 and Microsoft’s acronym-defying XsX are still vague, the overall architectural composition of both consoles is hardly a mystery, especially with both using AMD hardware. In other words, PC gamers have all the information they need to build rigs that will last them for years, even way beyond the next console generation, depending on their exact budget, as per the same source.

The Logitech G733 LIGHTSPEED Gaming Headset is out