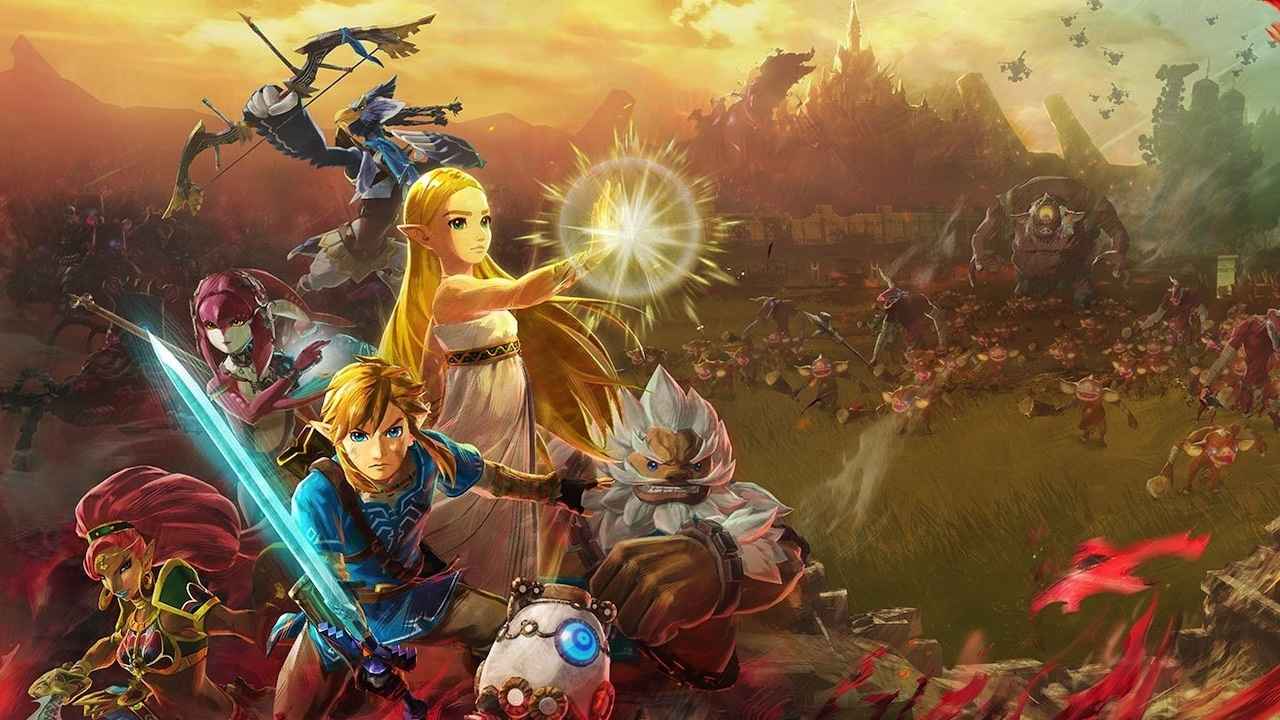 Things are good if you’re a Zelda fan right now — or at the very least interesting if you don’t like to get your hopes up. Not only has Nintendo recently announced that a direct sequel to Breath of the Wild is in the works, they’ve confirmed the release date for Hyrule Warriors: Age of Calamity. Also set in the Zelda universe, the game is due to come out on November 20th this year.

Age of Calamity is a successor to the original Hyrule Warriors from 2014. It’s set to take place a hundred years before the events of Breath of the Wild, during the lead-up to the Great Calamity.

If you’re a bit of a lore nerd, the long story short is that Calamity Ganon, a primal evil that hates sunshine and likes to spoil things for others, returns to Hyrule after a nearly 10,000 year imprisonment. As you can imagine, Ganon is not too happy about the time spent away, and tends to express that frustration through mass destruction. Only you, the player, stand between the monster and the total annihilation of Hyrule, including heroes such as Link and Princess Zelda.

Gamers that have only played the mainline Zelda game may be surprised by how much more combat-oriented Calamity is shaping up to be. Like the first Hyrule Warriors, Age of Calamity is going to use hack-and-slash combat with multiple champions for you to pick and choose from. The cast is certainly a treat for all fans of all things Zelda. You’ll be able to play as Link, Princess Zelda, the four Champions from Breath of the Wild (Daruk, Revali, Mipha, and Urbosa), and perhaps a yet unnamed character that has been hinted at.

Nintendo released a trailer for the game that gives us a good idea of what the gameplay is going to look like & the dangers and troves of enemies that await.

You can already pre-order the game for $59.99 in the Nintendo Shop. This is not the cheapest game to take a chance on if you’re new to the franchise. On the other hand, Nintendo’s most popular titles are always pricey.

No matter how well the game will perform, it’s likely to join BotW in Nintendo’s evergreen ranks simply for being a part of the Zelda universe. Let’s hope that it will also stand on its own two legs and not piggyback on the popularity of Breath of the Wild.

A note from 2020: Dear reader, you’re currently reading an archived news piece. To get the newest info we would recommend a jump to either our gaming news category, the tech news category, or the latest addition; the esports news category. In case you’re having trouble with a specific game, our cheats category is at your disposal.