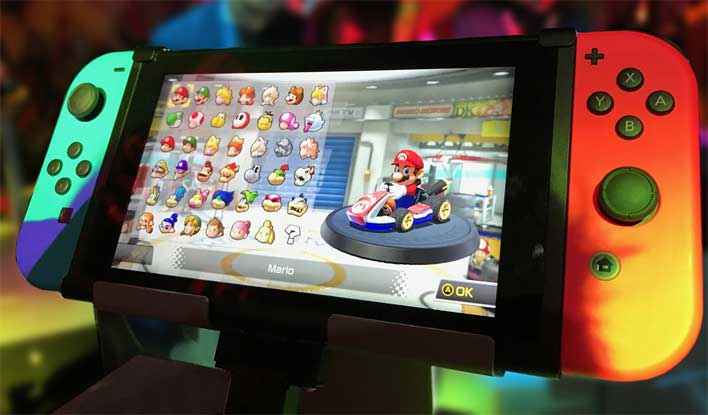 Nintendo has successfully sued a company that sold customized units of the Switch semi-handheld console which were hacked to allow for homebrew software and pirated video game copies. The Japanese gaming giant won $2 million in damages following a lawsuit filed in May of this year, which essentially means it successfully bankrupted the plaintiff. The defendant, Tom Dilts Jr. who operated an American website based out of Ohio called Uberchips, settled with Nintendo on the aforementioned amount of damages.

Given the circumstances of the case, any other course of action probably wouldn not have resulted in anything but delaying the inevitable enforcement proceedings centered on a higher amount. After all, the fast-tracked development of this case is, itself, a pretty clear indication of how strong of a lawsuit Nintendo instigated.

So, whether Dilts will technically be bankrupted by this settlement or not isn’t that important, even though that answer may be closer to a negative. Because Uberchips, which Dilts already took offline shortly after the start of the judicial proceedings, already ceased all activities and won’t engage in any other attempt at profiting from illicit Switch modifications.

This development won’t necessarily be a precedent for other potential offenders engaging in similar activities across the U.S. because it ended in a settlement instead of a verdict but no business breaking the law in a similar manner is likely to even argue its case against Nintendo to the very end, precisely due to the reasons why Dilts, himself agreed to settle not long after the actual trial began.