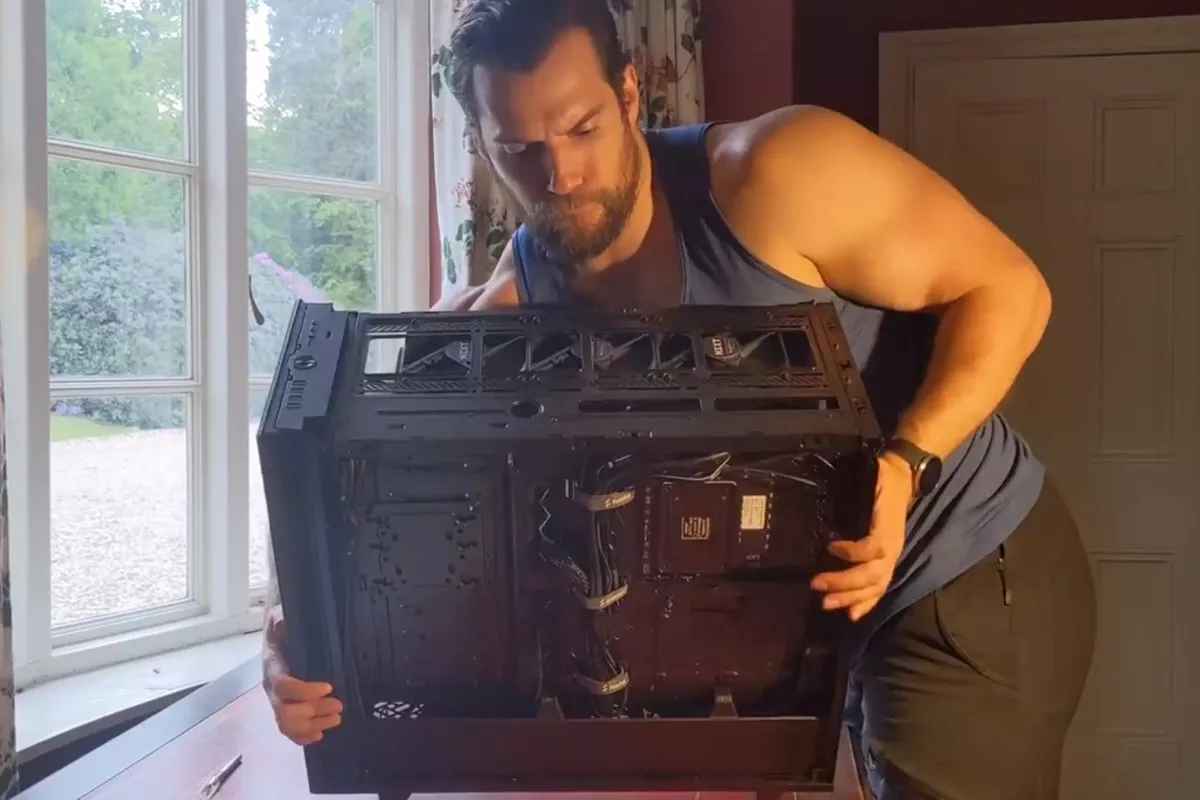 With the entire planet now doing a repeat of that lockdown thingy, Hollywood star and lifelong gamer, Henry Cavill, decided to experience the joy of building his very own custom PC, pointless RGB lights and everything.

The result is a surprisingly suspenseful montage of the undertaking that the actor shared on Instagram earlier today, just in case you needed some extra motivation to finally get around to doing some tinkering of your own. Just don’t go emulating Cavill’s CPU installation philosophy of “I can only be wrong so many times before it fits” and you’ll be fine. In fact, even he was somehow fine, unless he bought another one of those Ryzen 9s between takes.

Cavill, who first gained prominence for his portrayal of Superman in numerous DC movies, is an avid gamer since childhood. He was actually late to accept the very role that launched him to stardom because of being absorbed in World of Warcraft while his agent was frantically trying to reach him, as he once recalled.

The British actor also credited his positive experience with CD Projekt’s Witcher games as one the main factors motivating him to join the production of the eponymous Netflix original series that’s currently in the middle of filming its second season.

A note from Invader: You’re going through an outdated news article from 2020. Now, although 2020 was great for gaming, it wasn’t a particularly fun one. So, for the newest gaming news, as well as tech news and esports news we would recommend a jump to their respective categories. We also opened up a deals section where you can grab the best deals on gaming gear right now, and it seems like our Cheats category is also flourishing, so give that a try as well.