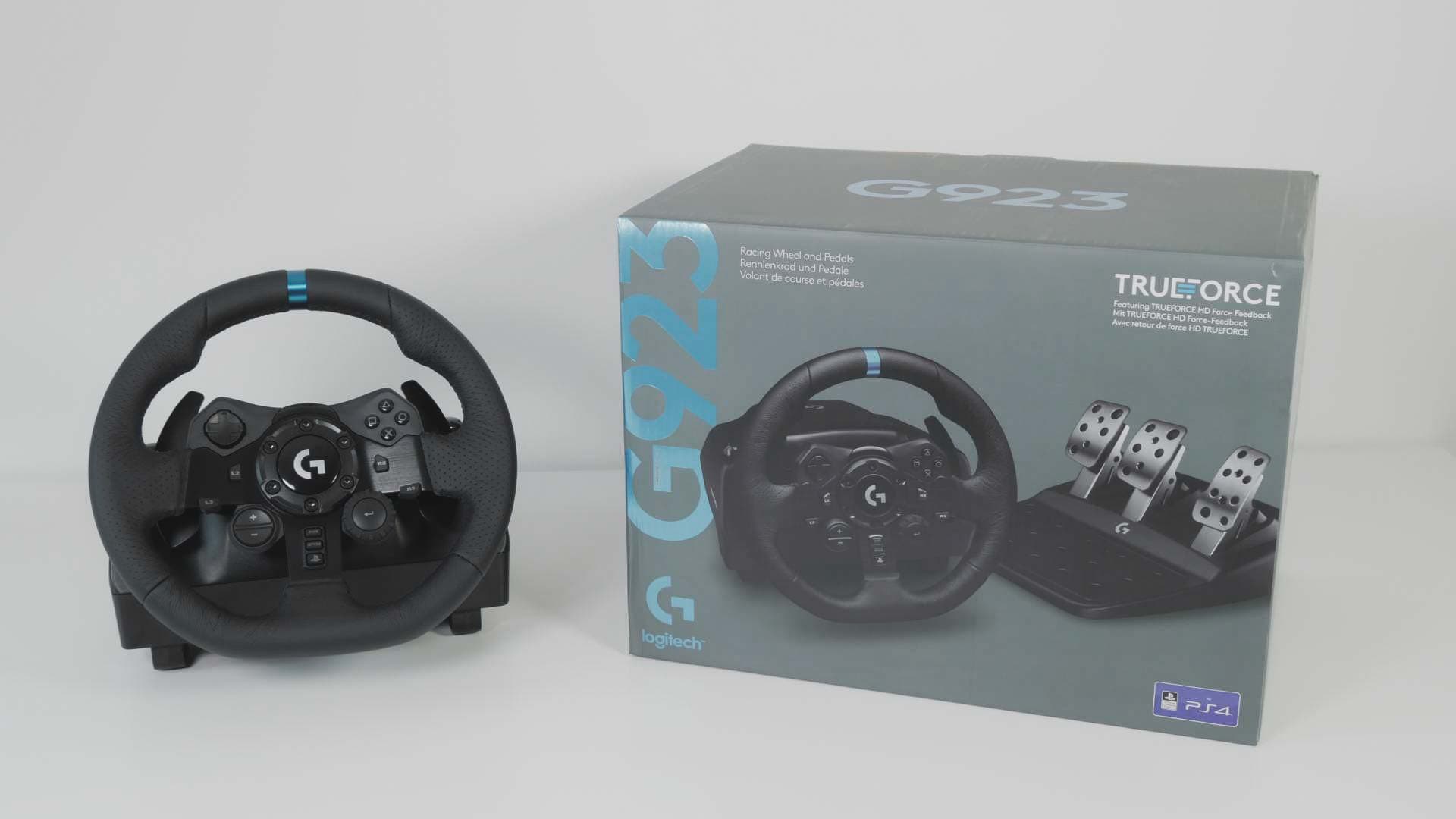 Logitech finally announced the G923, its first steering wheel since the G29 and G920 launched in mid-2015. While its name is indicative of a direct G920 successor, it’s way more accurate to describe the G923 as the ultimate hybrid of Logitech’s last-gen accessories. Meaning the company finally has a product that supports both the PlayStation 4 and Xbox One out of the box instead of forcing you to pick just one of those.

Of course, that’s on top of full-fledged PC support, not to mention Logitech’s promise that the G923 will work with both the PS5 and Xbox Series X from day one.

Pursuing the impossible marriage of form and function

In other words, this device is pretty much a mashup between the G920 and G29, but one whose taste in aesthetics is much closer to the sleek, industrial design of the former instead of the jovial button layouts of the latter. The G923 is all the more attractive when you realize it retains the $399 price tag of its predecessors, which also makes Logitech’s newest racing wheel seem like a significantly smarter investment in terms of sheer longevity.

An optional gear knob can be purchased separately for $59.99. In fact, even the original Driving Force Shifter will work just fine with the G923. Besides offering first-party support for modern hits in the vein of iRacing, the G923 also boasts a new and improved force feedback engine. Called TrueForce, this novelty is meant to offer unprecedentedly immersive experiences – especially at this price point.

Also, the NDA on the Logitech G923 Review has been lifted.

Invader’s note: The year of 2020 was long and painful, like our careers in publishing 😀 But regardless of that we’re finally in 2021 and, right now, you’re looking at an archived news piece from last year. The newest content can be found either by visiting our homepage under Invader.com or going to separate categories like our gaming news category, the esports news category or the tech news one. As of this month we also started investing a lot of our time into the troubleshooting section. See you there fellow gamer!