HomeEditorialsSteam Deck Won't Destroy the Nintendo Switch, and It Shouldn't

Steam Deck Won’t Destroy the Nintendo Switch, and It Shouldn’t 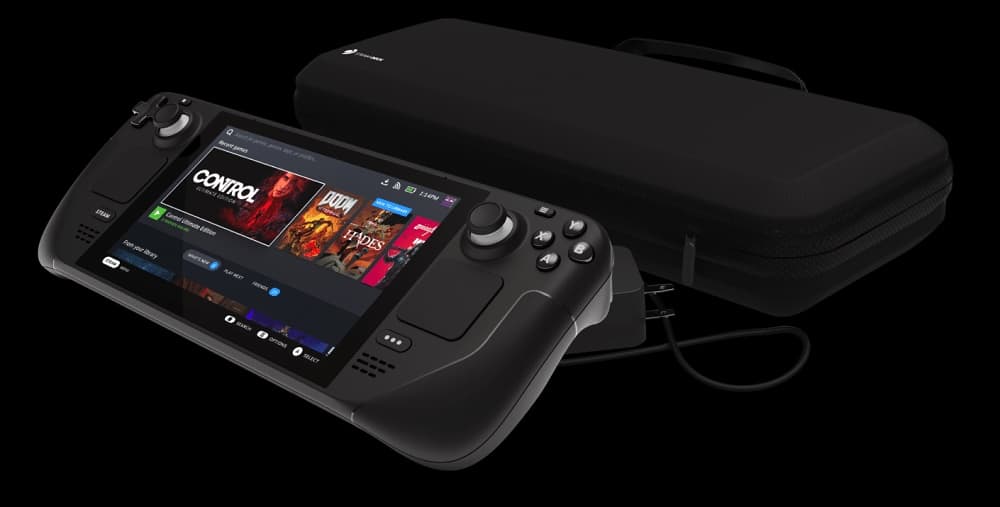 Several months ago, Valve’s critically timed announcement of the Steam Deck shortly ahead of Nintendo’s Switch OLED made ripples in the PC tech gaming industry.

Was this a deliberate move to challenge Nintendo’s dominance in the dedicated handheld gaming console market? Quite likely, yes. But it is almost sure that the Steam Deck IS NOT set to obliterate the Switch from its seat.

In fact, they may never even meet halfway.

Technology-wise, one of the biggest criticisms of the Nintendo Switch, as it was launched in 2017, was the Tegra X1 chip. Unfortunately, even by that time’s mobile processing standards, the chip was already at least two years old. As a result, it was somewhat already left behind by more advanced SoC’s such as Qualcomm’s Snapdragon 835, but most notably, by its generation successor, the Tegra X2 (which also first became available in 2017).

And so, by the time the Nintendo Switch was available, it was effectively already ‘obsolete’ compared to other mobile devices. And yet, as we know today, the handheld console is still pretty much alive and very active, with new games being released for it year after year.

The secret sauce? The overwhelming availability of sit-and-play “killer software/apps.” The Switch is a traditional gaming console, after all. Nevertheless, its straightforward usability and powerful lineup of exclusive game IPs, combined with continued support incentives for game developers, allowed it to thrive this long.

You may have the world’s most powerful 3D graphics rendering iPad. But if you don’t have exclusive Mario, Zelda, or Pokemon games, you won’t be moving the market for the fans of these massively popular franchises.

Is Nintendo’s success story with the Switch starting to sound awfully familiar now? This is because, in a way, the Steam Deck is also set to break its inherent hardware limitations software accessibility. Unlike Valve’s ill-fated Steam Machines, the Steam Deck would better utilize its exclusive gaming platform using a portable form factor. It will be putting up on the offer with an aggressive retail price and a performance level that is just about right for the quality of games.

The critical difference, of course, is that, unlike the Switch, the Steam Deck will be introduced under a completely different hardware category: handheld PCs. No, these are not similar to mini PCs and tablets. Think of the traditional hardware layout of a portable console but installed with a complete operating system intended for a PC. The Aya Neo, for example, features a Switch-like form factor but uses a full version of Windows 10.

Being a handheld PC automatically means that the Steam Deck is more optimized for someone familiar with computers. The user can do additional tweaks to enhance the console’s performance or add features and functions to it. Nothing too tech-savvy, of course. But as we can clearly see, it is markedly different from the regular sit-and-play experience that we’ve always come to expect out of more traditional gaming consoles like the Nintendo Switch. Although the Steam Deck SD Card slot supports the same technology like the Switch, they are by no means the same hardware.

So, from the intended usage environment alone, we can see that the Steam Deck isn’t really poised to go toe-to-toe with a Switch. Instead, think of it more as an alternative than the hardware performance-crushing competitor it is advertised as.

In other words, Nintendo Switch buyers will usually be dead set on purchasing the console for the games they intend to play it for anyway. Steam Deck buyers will usually be PC gamers, to begin with, benefitting the most those who already have Steam accounts by default. One is sit-and-play, while the other is tweak-and-play.

Besides, if a direct competitor for the Steam Deck would have to be… other PCs themselves, because let’s get real, anybody who’s obsessed with high-refresh rates, ultra-settings, and post-1080p resolution (QHD, UHD) most likely wouldn’t fancy a PC that can ‘only’ play at 720p 30 FPS on uber photorealistic triple-A titles, at what would most likely be the lowest possible graphical settings.

Even with the practical advantage of being more portable in the current GPU crisis.

Third Option: Get Everything from the Cloud

In case playing natively/directly on both handhelds with limited FPS and resolution won’t be as appealing to you, a third option is available in the form of the cloud. No, no, this isn’t just some Google Stadia or GeForce Now thing. It is more akin to the last days of both the Nvidia Shield Portable and Playstation Vita.

That is, still playing with the best possible quality settings available on your local machine (either a PC or an Xbox), then streaming it directly on the handheld console. Such implementation is the initial promise of the concept that Qualcomm and Razer are jointly developed. The “Razer Deck,” as it is tentatively called at the moment, will be utilizing the Xbox Cloud Gaming platform. This kind of setup allows portable PC gaming, much like the Steam Deck, but without the need to sacrifice graphical settings (depends on your actual rig, of course). The processing required to make this happen will be provided by a brand new SoC, which is the gaming-optimized (upcoming) Snapdragon G3X.