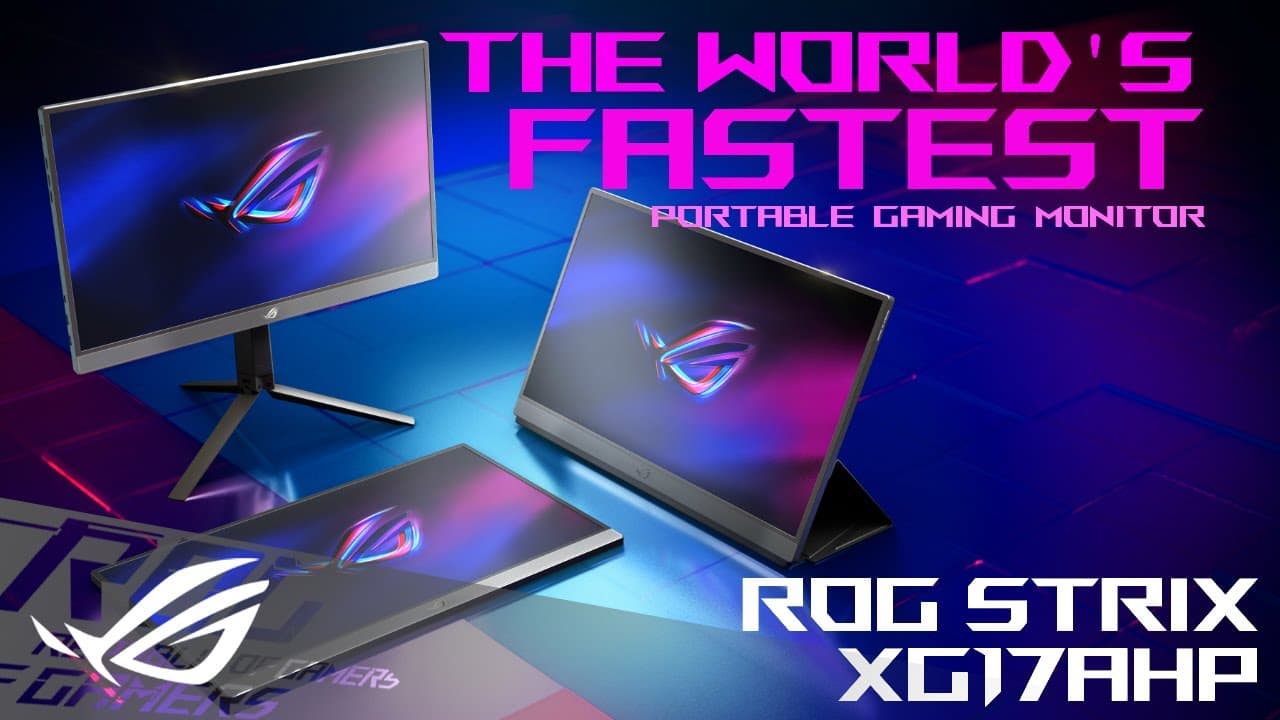 The new ROG Strix XG17AHP gaming monitors are now available for purchase in the United States and United Kingdom, ASUS has confirmed.

Building on the foundation of the brand’s hip identity, these monitors seek to cater to an audience that hasn’t existed until just recently by addressing a problem that was just as much non-existent – the challenge of transporting high-end gaming hardware.

Solving problems that are yet to become commonplace

Namely, all of these newly released ASUS monitors are bundled with a ROG carry case and a tripod mount, with the latter allowing them to function like regular monitors, not just laptop attachments propelled by a flimsy kickstand. The result is a series of unique monitors that manage to be both highly portable and technically excellent. Again, this isn’t something that many manufacturers even attempted to achieve until now, primarily because the niche was so small to make any potential returns a rounding error at best.

However, with gaming becoming more ubiquitous, not to mention the rise of eSports lending itself to professional gaming teams with erratic travel schedules becoming much more common, products like the XG17AHP monitors are now gaining traction. Regarding this particular series, ASUS offers 240Hz IPS displays supporting FHD resolutions, VESA Adaptive Sync, USB-C, and Micro HDMI 2.0. All of that paired with a 7,800mAh battery promising three hours of standalone operation at most demanding settings.

The portable gaming monitors start at $499 and £499, respectively, with ASUS already hinting at more similar products being in the pipeline.

A note from 2020: Dear reader, you’re currently reading an archived news piece. To get the newest info we would recommend a jump to either our gaming news category, the tech news category, or the latest addition; the esports news category. In case you’re having trouble with any tech piece mentioned in this article, we have a full-fledged troubleshooting section at your disposal.