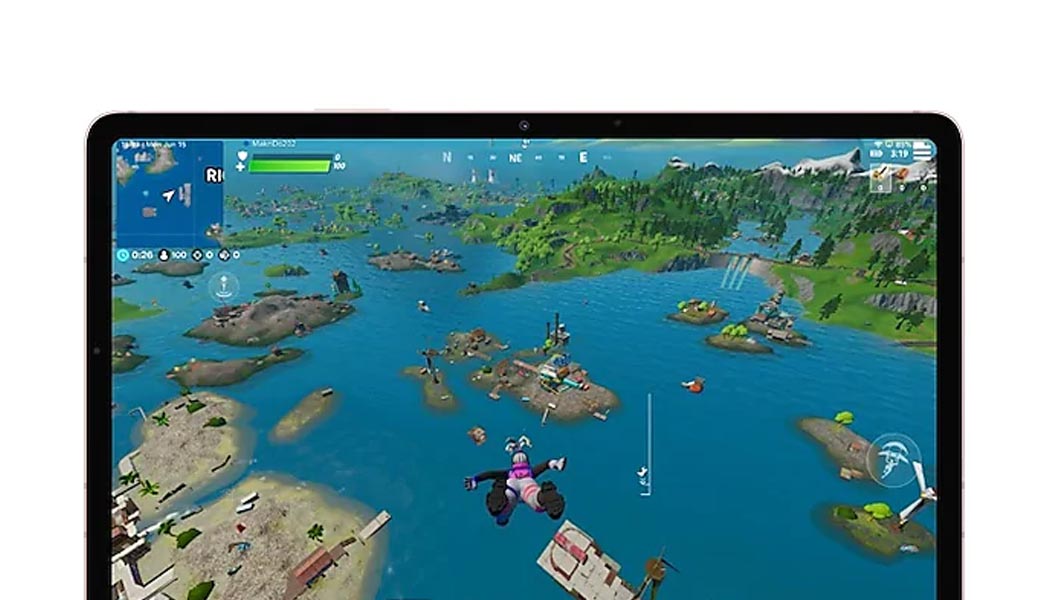 This would be on top of that Galaxy skin that’s been offered to owners of Samsung devices who play Fortnite since the Galaxy Note 9 days. Now, this time around, we’re getting gameplay at 90 frames per seconds, something currently unique to Samsung’s latest slates in the Android tablet space.

And the current season of Fortnite currently can’t be experienced on mobile in the U.S. any other way than to download it either directly from Epic or the Galaxy Apps Store. Courtesy of the Apple beef Epic is currently having. The 90fps update is being pushed out to the Galaxy Tab S7 and Galaxy Tab S7+ starting tomorrow, October 13th. There’s nothing else you need to do to start enjoying gameplay at a 50% higher frame rate.

Which should amount to a smoother experience overall, something of particular importance to any reflex-based multiplayer experience such as Fortnite. The same update should also be making its way to the Galaxy S20 and Galaxy Note 20, as well.